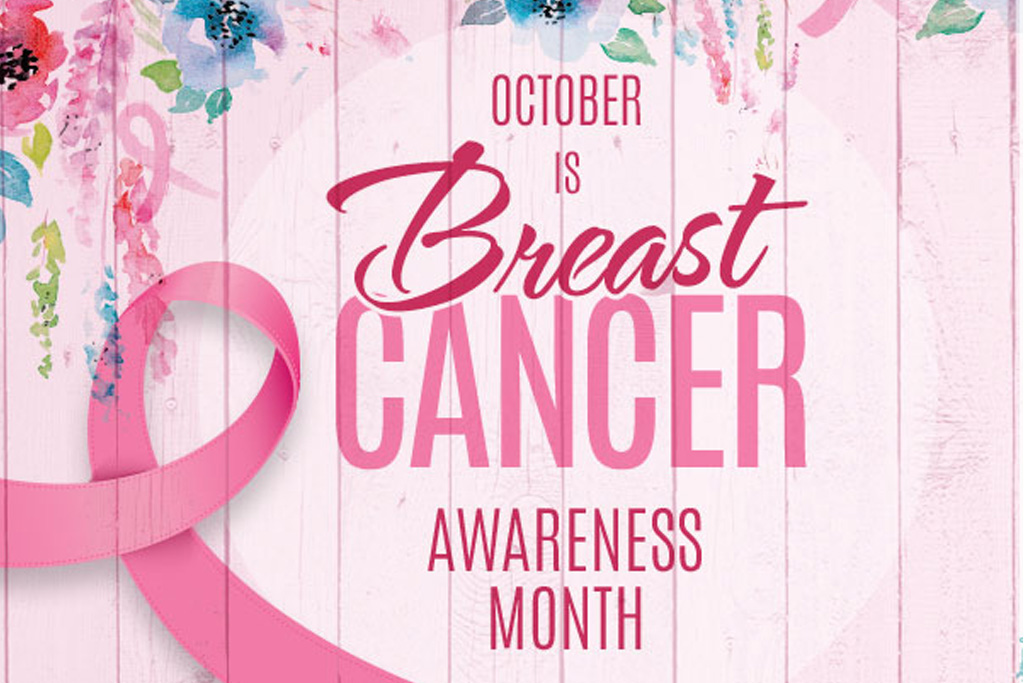 This month is “National Breast Cancer Awareness Month” (NBCAM). It was founded in 1985 by the American Cancer Society and what is now AstraZeneca. The aim from the start has been to promote mammography. In 1991, the Susan G. Komen foundation handed out pink ribbons to participants in its NYC race for breast cancer survivors. In 1993 The Breast Cancer Research Foundation was founded by Evelyn Lauder (Estee Lauder Company VP) and established the pink ribbon as its symbol.

From the American Cancer Society

Estimates for 2020 in the US include 276,480 new cases of invasive breast cancer, 48,530 new cases of carcinoma in situ (CIS), and 42,170 deaths of women. The rate in NJ is 483/100,000 women. This correlates to the rest of the surrounding states (NY, PA, DE, Maryland,), but is higher than the rest of the country. Broken down by counties, Cape May has the highest rate followed by Salem, Gloucester, Burlington, and Camden. In general, a woman has a 1in 8 lifetime risk of developing breast cancer.

Breast cancer starts when cells mutate and grow out of control. It can form in the lobules (milk is produced) or the ducts (milk flows to the nipple). It can stay in the lobule or duct (CIS) or be “invasive” and form a tumor. This can usually be seen on mammogram or felt (if a tumor). Before menopause the density of the breast is higher from estrogen and mammograms may not detect a cancer.

Some breast cancers (about 10%) are genetic and inherited from parents. BRCA1 and 2 are examples. If a parent carries the gene, each child has a 50% chance of getting it. However most mutations (90%) take place in breast cells during a woman’s lifetime. Methods to lower the risk include eating a nutritious diet, maintaining a healthy weight, exercising, and limiting alcohol.

Discussing the pros and cons of menopausal hormone therapy (MHT) with your doctor is also important. There is evidence from the Women’s Health Initiative (WHI) which examined 27,000 women who took combined hormone therapy (estrogen and progestin) that those who took it had a higher chance of breast cancer. The risk was greater the longer women took it. As an aside, MHT is also associated with an increased risk of strokes, heart attacks, dementia, urinary incontinence, and vaginal bleeding. It also makes mammography less effective for the early detection of breast cancer. (from cancer.gov)

Signs and symptoms of breast cancer include swelling of all or part of the breast, skin dimpling, breast or nipple pain, nipple retraction, nipple discharge, swollen lymph nodes, or a palpable lump.

The recommendations by the ACS for the early detection of breast cancer (with an average risk) include:

“There is very little evidence that these tests help find breast cancer early….most often a woman discovers a lump during usual activities such as bathing or dressing. Women should be familiar with how their breasts normally look and feel and should report any changes to a healthcare professional right away.”

Both Linda M. and I had breast cancer. Linda had invasive lobular (lumpectomy and radiation) and just celebrated her 2nd anniversary! I had invasive ductal 25 years ago (bilateral mastectomies and reconstruction) and found the lump myself doing BSE. My mammogram and clinical exam had been negative in April that year. With good reason, I’m still an advocate of BSE! I also have BRCA2.

Here is what we all have been up to during this pandemic!