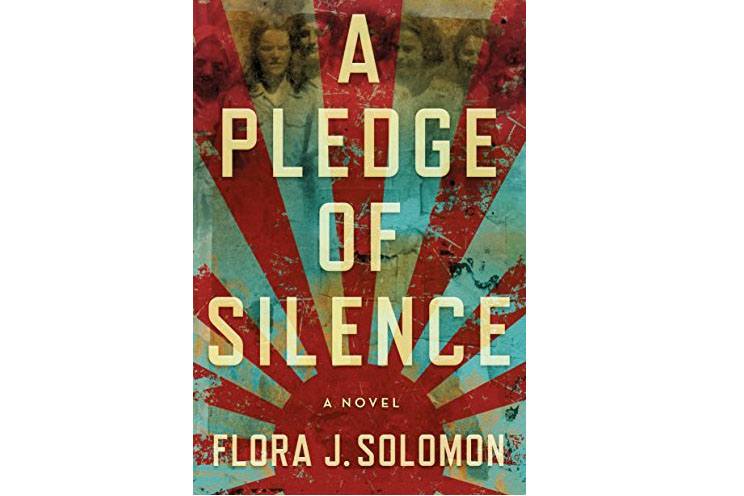 We have selected our book for the Fall, A Pledge of Silence by Flora J. Solomon. We will meet on Zoom on Tuesday, October 5 at 7 p.m. We are pleased to let you know that Carol M. will co-host. You’ll have to join us to find out her connection to this author. Below is a brief summary to spark your interest.

When Margie Bauer joins the Army Nurse Corps in 1941, she is delighted to be sent to Manila, the Pearl of the Orient. Though rumors of war circulate, she feels safe, trusting the island is fortified and the Filipino troops are well trained.

On December 8, 1941, her dream world shatters when the Japanese invade the Philippines. The U.S. Army evacuates to the Bataan Peninsula, where she cares for the wounded soldiers in a field hospital, and then in a catacomb of tunnels on Corregidor Island. Ultimately captured, she is interned in Santo Tomas, a Japanese prison camp, where for three years she endures escalating danger, starvation, and loss.

At once an epic tale of a nation at war and the deeply personal story of one woman’s intense journey, A Pledge of Silence vividly illustrates the sacrifices the Greatest Generation made or their country, and the price they continued to pay long after the war ended.