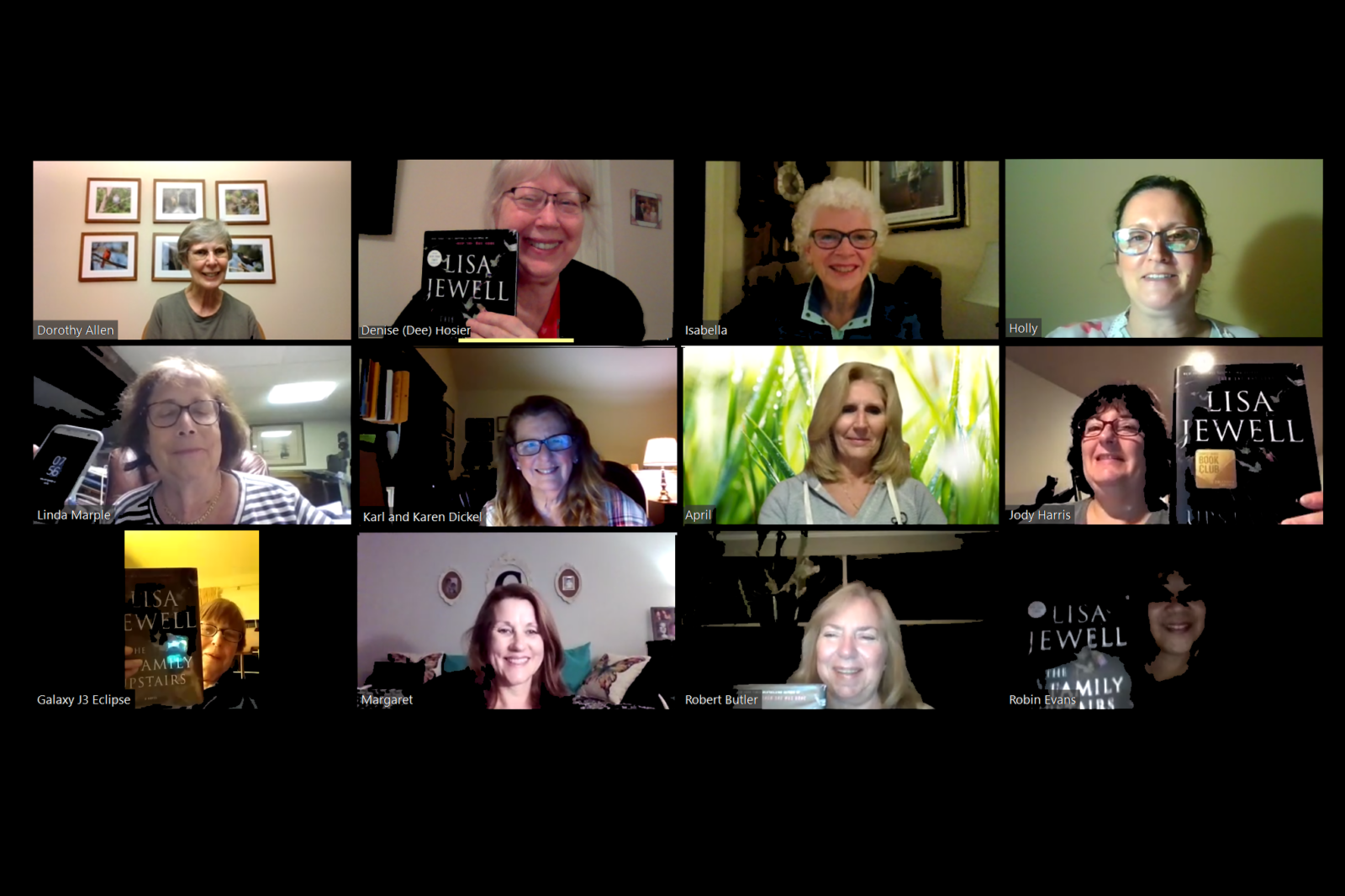 Book Club was Wednesday, September 16th. We read The Family Upstairs by Lisa Jewel. The book evoked a lively discussion by those who were able to attend our zoom meeting.

Description: Soon after her twenty-fifth birthday, Libby Jones returns home from work to find the letter she’s been waiting for her entire life. She rips it open with one driving thought: I am finally going to know who I am.

She soon learns not only the identity of her birth parents, but also that she is the sole inheritor of their abandoned mansion on the banks of the Thames in London’s fashionable Chelsea neighborhood, worth millions. Everything in Libby’s life is about to change. But what she can’t possibly know is that others have been waiting for this day as well—and she is on a collision course to meet them.

Twenty-five years ago, police were called to 16 Cheyne Walk with reports of a baby crying. When they arrived, they found a healthy ten-month-old happily cooing in her crib in the bedroom. Downstairs in the kitchen lay three dead bodies, all dressed in black, next to a hastily scrawled note. And the four other children reported to live at Cheyne Walk were gone.

The can’t-look-away story of three entangled families living in a house with the darkest of secrets.

Since this book won by one vote at the last meeting, Holly and I decided as it was so close, we wanted to use the runner up book: Behind Closed Doors by B. A. Paris as our November read for book club. If you are someone who wants to get a jump ahead, feel free.